Fishing in Alaska is always an adventure due to the wide variety of salmon and other species cruising the Pacific Ocean. However, this captain got a lot more than he bargained for and the photos documented this whale of a fish tale. We’ll let Robert Nitzell tell the tale…

A once-in-the-history-of-mankind kind of thing. The Best Day Of Fishing Ever! Some fishing stories are a little hard to believe but this guy has pictures to prove his story. I’ve heard of salmon jumping into boats, but never anything quite like this! Tom Satre told the Sitka Gazette that he was out with a charter group on his 62-foot fishing vessel when four juvenile black-tailed deer swam directly toward his boat. 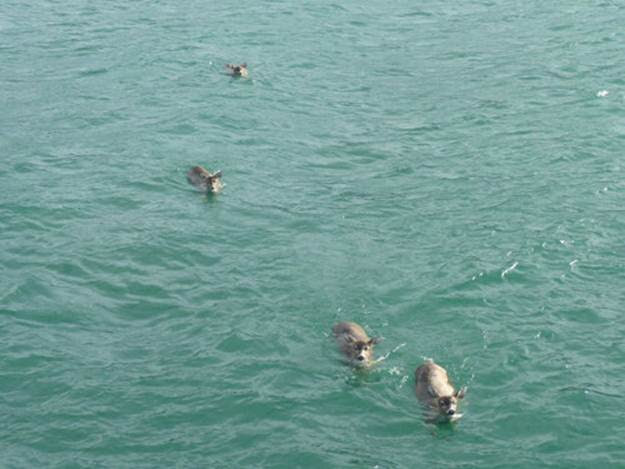 “Once the deer reached the boat, the four began to circle the boat, looking directly at us. We could tell right away that the young bucks were distressed. I opened up my back gate and we helped the typically skittish and absolutely wild animals onto the boat. In all my years fishing, I’ve never seen anything quite like it! Once on board, they collapsed with exhaustion, shivering.” 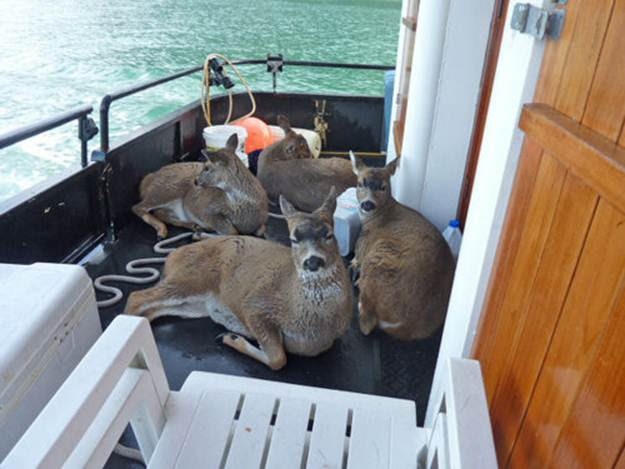 “This is a picture I took of the rescued bucks on the back of my boat, the Alaska Quest. We headed for Taku Harbour. Once we reached the dock, the first buck that we had pulled from the water hopped onto the dock, looked back as if to say “thank you” and disappeared into the forest. After a bit of prodding and assistance, two more followed, but the smallest deer needed a little more help.” 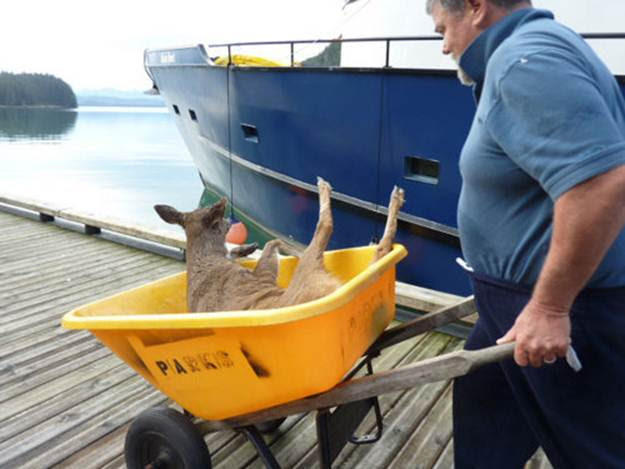 “This is me carrying the little guy. My daughter, Anna, and son, Tim, helped the last buck to its feet. We didn’t know how long they had been in the icy waters or if there had been others who did not survive. My daughter later told me that the experience was something that she would never forget, and I suspect the deer felt the same way as well!”

Tell us what you think in the comments section below.

Help Lousiana for a Chance to Win a Fishing Trip